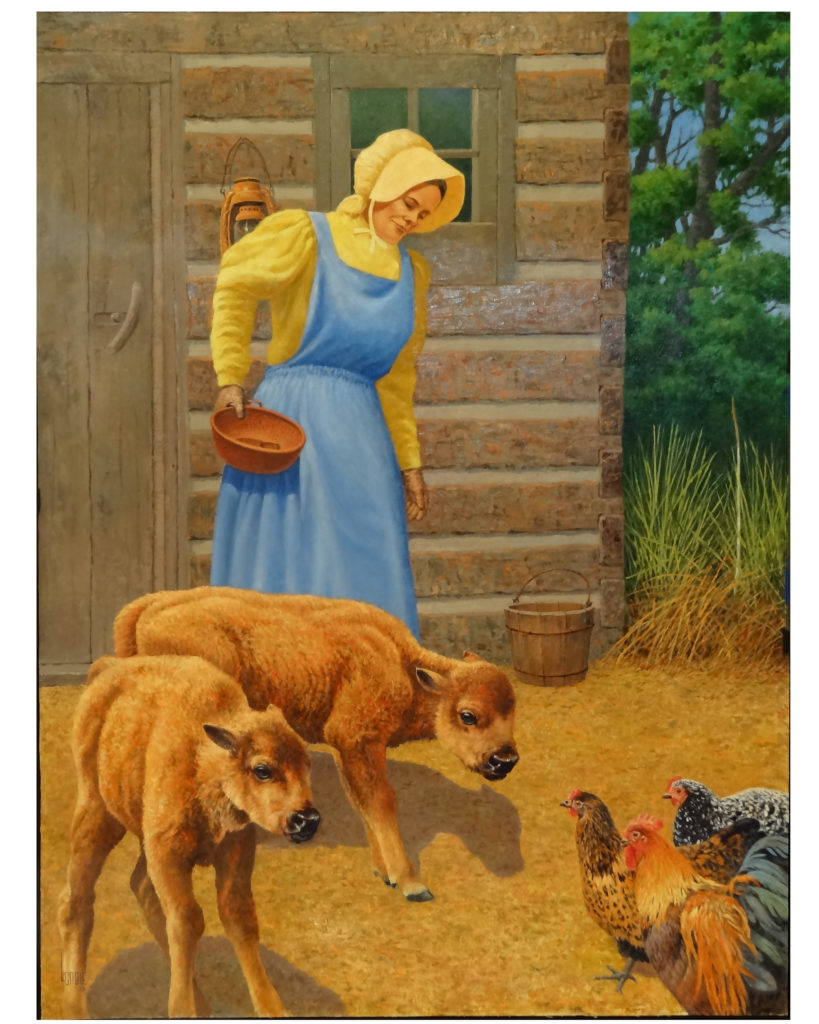 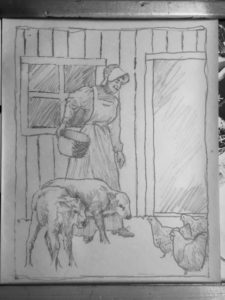 The cabin was flopped and reduced in size to open more space.  The construction of the cabin was changed to be more in line with the possible construction of cabins at that time in history.  The window was placed behind Molly’s head to draw more attention to her.  The calves and chickens were enlarged and repositioned to draw the viewer into the composition.  Molly was an integral part of Goodnight’s story and the history of Texas.  I felt she deserved an image befitting a lady of compassion and frontier courage.