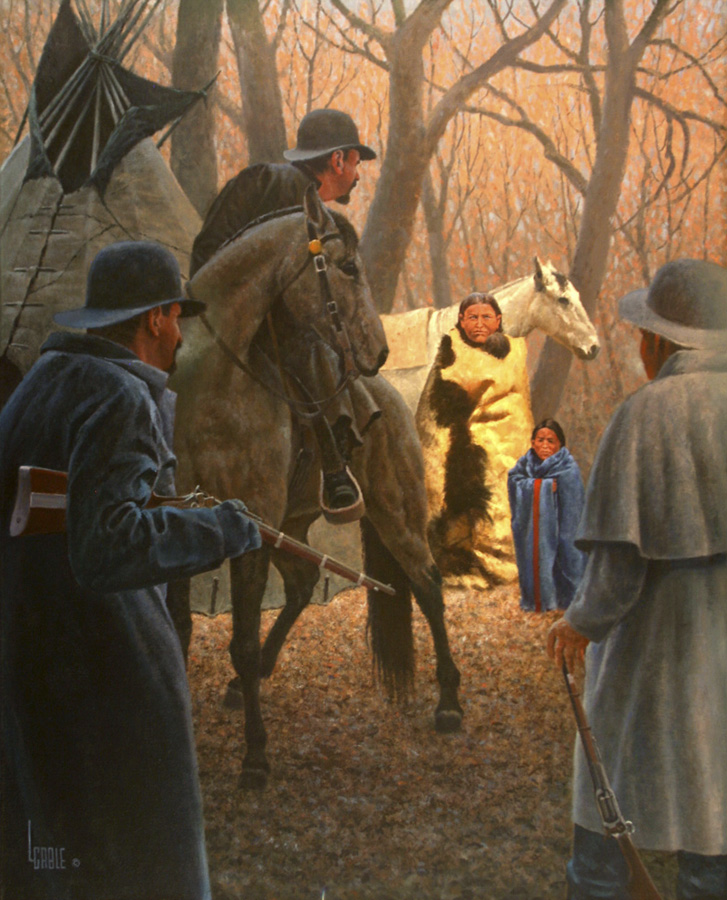 A Comanche encampment had been attacked along the Peace River in Texas. Only three Indians survived, a woman with a baby girl and a young boy. Charles realizes he is looking at a white woman with light hair and blue eyes. Later he learns that this is Cynthia Ann Parker who was abducted 24 years earlier when she was nine years old. 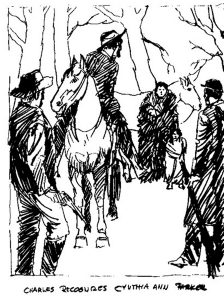 I turned the horse’s head to face the woman to draw the eye to the woman. Moving the two men closer to the viewer helped also. The tipi was added to close off the top left corner. The use of cool colors in the foreground and warm colors on the woman gave more impact to the point of interest.